Modesto, California, November 19, 1975.US Senator Sam Ervin was part of a speaker series sponsored by Modesto Junior College and the Modesto Bee. Images are from a press conference held earlier in the day before he spoke to a standing room only crowd in the MJC Auditorium. .Samuel James "Sam" Ervin Jr. was a Democratic Senator from North Carolina from 1954 until 1974. A native of Morganton, Burke County, North Carolina, he liked to call himself a "country lawyer", and often told humorous stories in his Southern drawl. Between 1954 and 1974, Ervin was the most talented legal defender of the Jim Crow laws and racial segregation, as the South's constitutional expert during the congressional debates on civil rights..He unexpectedly became a liberal hero for his support of civil liberties. He is remembered for his work in the investigation committees that brought down Senator Joseph McCarthy in 1954 and especially his investigation in 1972 of the Watergate scandal that led to the resignation in 1974 of President Richard Nixon...Photo by Al Golub/Golub Photography.. 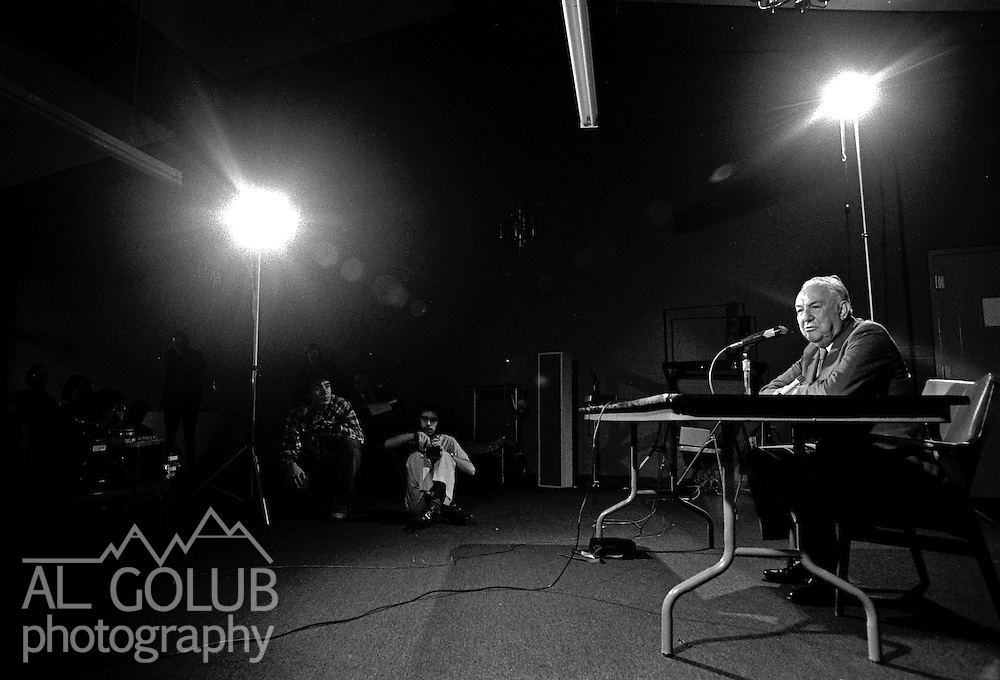