Yosemite National Park Bracebridge Dinner..The Bracebridge Dinner at Yosemite is an annual Christmas event held at the Ahwahnee Hotel in Yosemite National Park. Started in 1927, the Ahwahnee's first year of operation, the dinner is inspired by the fictional Squire Bracebridge's Yule celebration in a story from The Sketch Book of Geoffrey Crayon by Washington Irving. The event is a seven course formal dinner, presented as a feast given by a Renaissance-era lord. Music and theatrical performances based on Irving's story accompany the introduction of each course. Photographer Ansel Adams played the Lord of Misrule for the first two years. In 1929, Donald Tresidder asked Adams to take over the direction of the show. Adams reworked the script considerably in 1931, creating the role of Major Domo, head of the household, for himself while his wife, Virginia Best Adams, played the housekeeper. In 1979, Andrea Fulton assumed the role of director, which she continues to this day while also playing the role of housekeeper. Much of the cast returns year after year, ensuring a continuity of tradition. As of 2009, the longest running member of the cast is Andrea Fulton, who began performing in 1950 at the age of five..Photo by Al GOLUB/Golub Photography. 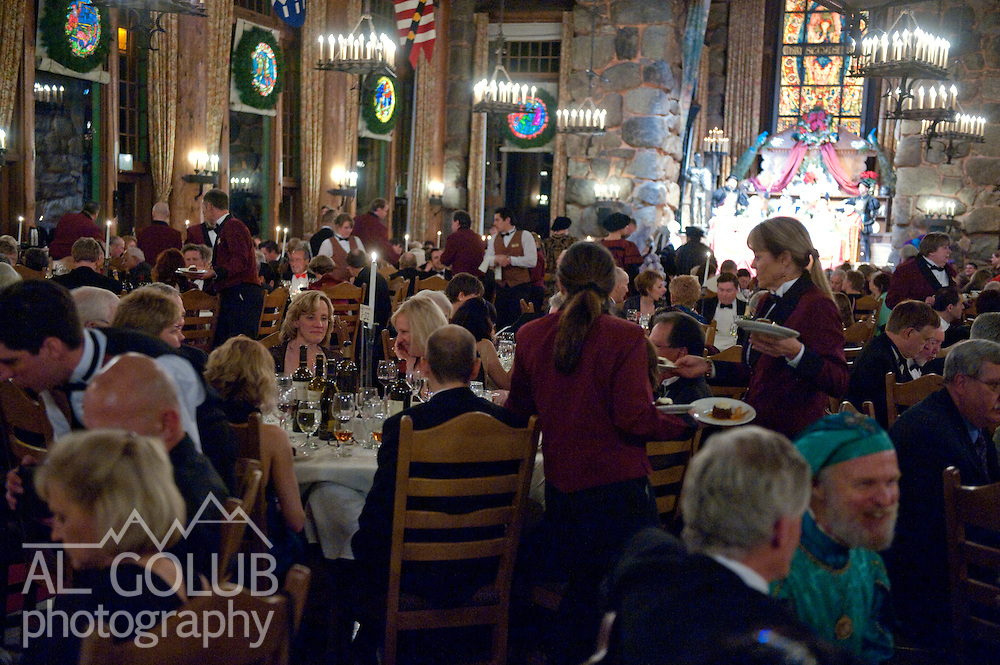