Modesto, California November 22, 1967.Modesto Bee Reporter Bill Kane ask Governor questions..Former Alabama Governor George Wallace came to California in an attempt to put his American Independent Party candidacy on the 1968 ballot. In Modesto his appearance was held at the Sandpiper Steak House on McHenry Ave. The Governor's entourage was 25 or so people. Thirteen of the staff were Alabama State Police and the others were campaign workers including several lawyers and one Judge. . 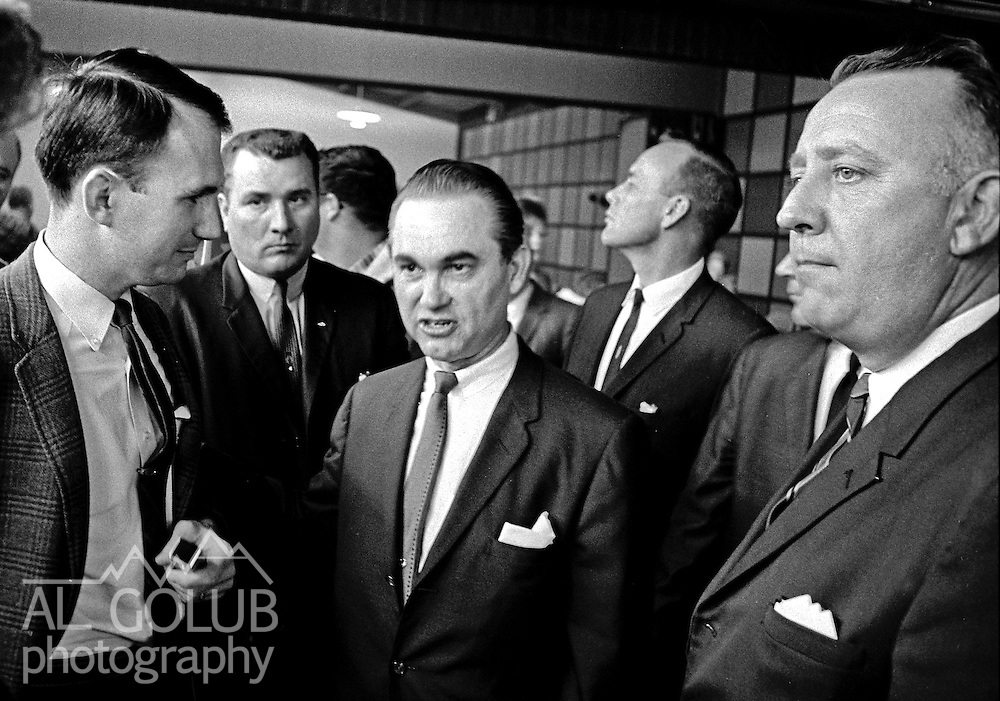